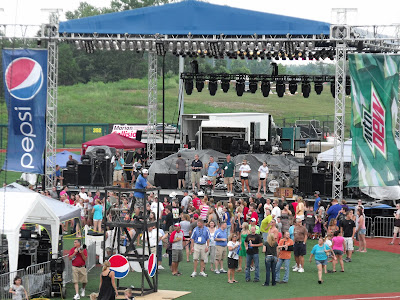 If you were able to attend the Pepsi 75th Anniversary concert at Rent One Park in Marion, IL this weekend, what a show that you got. I was very thankful to be able to attend. The concert was a thank you to all of the Pepsi employees for their hard work. It was a full afternoon and evening of events. The weather stayed nice so Praise the Lord for that! We have been hit with a heat wave over the last several weeks so for it to ease just in time for this concert made all of us happy. Eight Harley Davidson motorcycles were given away to people from all over the area. Along with the giveaways, there were a lot of performers to help with the occasion. That included a musical lineup of Kellie Pickler, Gloriana, Francesca Battistelli, and Little Big Town. 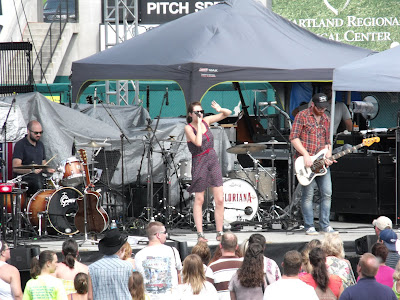 The show opened up with Francesca Battistelli who I really enjoyed. I'm very familiar with her from listening to K-Love. "This Is The Stuff" has been a big song for her this year along with "It's Your Life" which was featured in the hit movie, Soul Surfer. Good timing with that as I just watched Soul Surfer last week. If you haven't seen it, you need to as it is an incredible and powerful story and testimony of Christian faith. Just an amazing story! Hearing that song play at the festival was fun. One of my favorite Francesca songs is "Beautiful, Beautiful" which I was happy to hear live. By the end of her set, it was clear to me that I need to pick up her new album. LOL. Really enjoyed her. 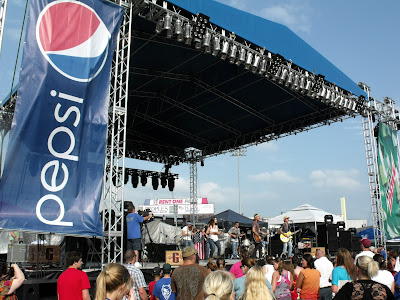 Next performer was Gloriana. No secret that Gloriana is my favorite band. Thrilled to see them on this lineup. I was curious to hear how the band was going to be without Cheyenne and the band is going to be just fine for sure! A really fun set of music from them including stuff from the first album and getting to hear some stuff from the new album. Getting a preview of it was a lot of fun. I have to say how great that their cover of "Rocky Mountain Way" was and that I wasn't a big fan of the song....until I heard Gloriana do it. LOL. Good stuff. They closed up the set with "Wild At Heart" and then right into their new single "Wanna Take You Home". After their performance, Tom, Mike, and Rachel headed up to the merchandise table to sign autographs for the fans for a meet and greet. I did get to take part in that and it was a pleasure to meet with them again. 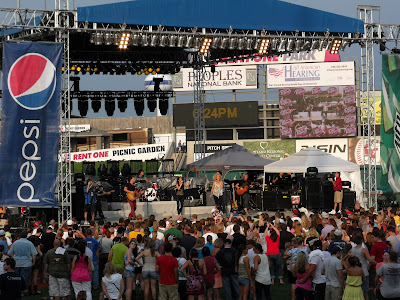 Little Big Town was the third act to take the stage. This was getting closer into the evening portion of the day. They had the crowd rocking playing their hit list of songs. One thing that I really paid attention to with them is that they have such a wide variety of what they can play. Case and point. They played a bluegrass version of Lady Gaga's "Born This Way" and it was incredible. Up tempo rocking with "Boondocks" and then would slow it down with "Bring It On Home".  Little Big Town has definitely been one of the biggest up and coming acts for the last couple of years. Enjoyed them as well. 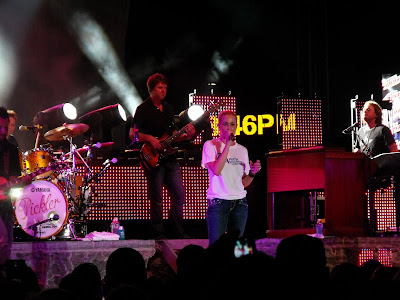 The night closed with Kellie Pickler as the night sky was overhead. Kellie was great. She had a lot of fun up there going through her list of hit songs. It wasn't just her hit songs though as she asked at one point if it was ok for her to try some of her new songs on us from her upcoming album. From what she sang at this show, the new album is going to be really good. Kellie was belting songs all throughout the night and sounded great. "Best Days Of Your Life" is a favorite of mine so I was happy when she sang it near the end of the night. She did come back for an encore of "Red High Heels" to close out the night of performers. Big thumbs up for Kellie. The crowd loved her.

Other notes from the festival. The show closed with an amazing fireworks and laser show. If you left early and missed it, you missed a treat. Best fireworks show that I've ever seen. Like I said, the weather was highly tolerable considering the heat wave we've had. A nice breeze and it was very nice when the evening set in. A first for me was seeing the inflatable Pepsi can air balloon take off from the field and get an ovation from the crowd. It was pretty impressive. LOL. There were a lot of different things to do around the park area for people of all ages. During performances, there was a listing of things to look out for with each performer. Blowing bubbles for Francesca, beach balls flying through the crowd for Gloriana, an announcement up on the screen for Little Big Town, and green glow sticks to show up in the crowd during the night time for Kellie. It added a definite fun element to it. Interesting note posted by Gloriana on their Twitter before the show was how 2/3 of the Fearless Tour was there. Very true with Gloriana and Kellie Pickler in the house and all that was missing was Taylor Swift.

Great show and easily one of the best concerts that I've ever seen. Really enjoyed it. Thank you to everyone involved with it! 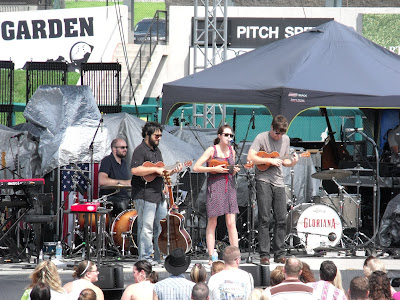 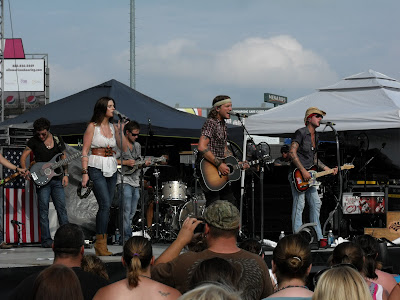 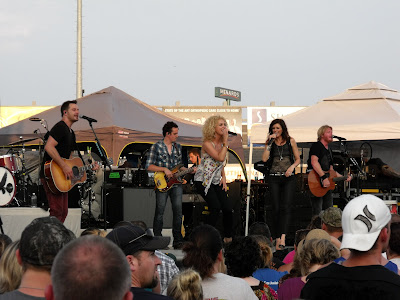 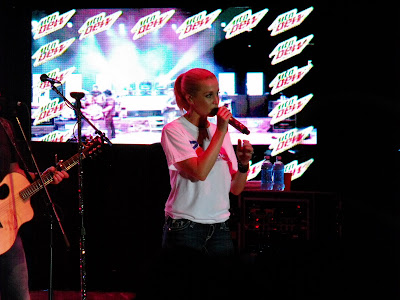 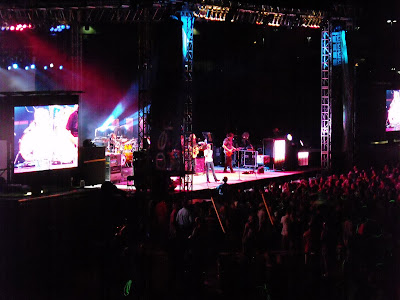