Wrap Up Q&A With Lindsey Alley 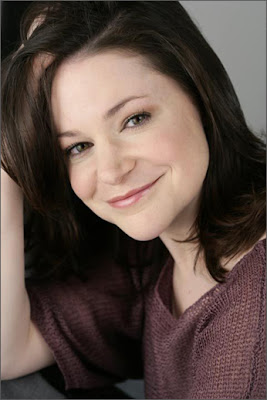 The Voice last week saw a MMC reunion that had fans all talking. MMC had such a talented cast that continues to go on to do great things. What are some of the cast up to these days? That was one of the questions I had in my mind. The Mickey Mouse Club premiered in 1989 and lasted for seven seasons before being cancelled. I like many other fans was parked in front of the TV on weekday afternoons. Lindsey Alley was one of only three members of the cast that was on the show from start to finish. I thought it would be fun to catch up with her to talk about the show and also what she has been up to since then. As you will see, she has stayed very busy.

What do you think of when you look back on your time with MMC?
"It's strange, but most of my memory from that time is in moments...flashes. In fact, I don't recall the performance aspect of the experience at all, really. Just the people…growing up with those kids, the amazing staff and the fun we had. It was an incredible time and I just remember everyone really wanting to be there…so glad to be a part of it."

What made you try out for MMC and what was the audition process like?
"I had auditioned for Matt Casella before Mouse Club…for a show called Addie Pray, based on the film, Paper Moon. He suggested I audition for the MMC. I’d been performing in theatre since the age of 6, so the audition process wasn’t really new to me, however, I wasn’t a savvy show kid, either. My mom drove me to Orlando and I waited for a very long time to get in the room that day…maybe 5 hours? I remember my mom wanting to leave, saying, “This is ridiculous! Let’s go home.” But I forced her to stay. That audition turned into three more callbacks."

Was entertaining something that you wanted to do from a young age?
"Always. I feel like I’ve been performing forever and it’s the only that truly makes me happy."

What was a typical schedule day like for you and the cast?
"Arrive at the studio at 9 a.m. Go to school until 12:30, lunch and then rehearse and/or tape the show until 6:30 p.m. It was a real job."

You, Jennifer, and Josh were the only ones of the cast to be there from the beginning to the end. What was it like for you to see the show go from start to finish?
"Again, there’s so much of it I don’t remember…but I do remember it feeling like “that thing I do.” Gotta go to work today! I often joke that by season 6, I was smoking in my trailor saying, “Britney who? Who are these CHILDREN?!” But you know…we were always welcoming of new cast members. As an adult, I’d be bitter and insecure…questioning my position on the show. As a kid, you don’t have the sense to think of such things, so you welcomed the new students to class.
Jen and Josh and I saw it all…and to this day, they remain very close friends."
I have to ask this. Was there something in your contract that they had to torture you with all sorts of segments such as dealing with animals and such? It was unreal the situations that they put you in. I always had to think 'poor Lindsey'. LOL.
"Nah! I loved it. There was nothing in my contract…I guess I just had the best reactions when Warren Eckstein pulled out the creepy critters."
How was life like for you and the cast with all the attention that you were getting at the height of the fandom for the show?
"Again, we were too young to really see it that way, you know? Don’t get me wrong…it felt nice that people were watching the show and enjoying it…and it was fun being recognized, but it just felt like part of the job. Also, my parents were pretty great about keeping everything in perspective and keeping me in check…they would never allow me to get too big for my britches."

Do you have a funny story that you could tell us of something that happened behind the scenes?
"There are so many! My favorite moment of all was the year that Fred Newman arranged for 500 banana cream pies to be delivered to the wrap party. He dropped a huge curtain and everyone (cast and crew) spent the next half hour in a massive pie fight…it was pretty great."
The show ended after seven seasons. When did you all find out and what was the reaction to it?
"Well, all good things must come to an end and I was ready. I don’t remember how they told us…I just remember being excited about going back to high school and being “normal”, as I had never really experienced a sense of normality. It was sad saying goodbye, but 6 years and 7 seasons is a long time to be in front of a camera…especially when you’re a kid."

What is your favorite memory of your time on the show?
"Again…there are so many memories…I don’t think I could pick a favorite. I’d say the relationships that were established remain some of the strongest in my life. Also, my mom gave up her career to live with me in Orlando during those years…so our relationship was and is to this day incredibly strong because of that experience." 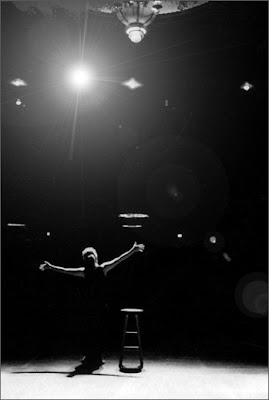 Since then, you've obviously had a bunch of different projects going on. What was your stay like with working in New York including your one woman show 'Look Ma....No Ears'?
"New York was/is fabulous and remains my favorite city on the planet. I’d probably never live there again…too cold, too expensive and too intense. But I loved every second of my time there and Look Ma was the highlight of that journey."
I checked out your web series, On The Patio and love it. The social media and Pigfest episodes have to be my favorite episodes so far. For those that haven't seen the social media episode, you ask your mom questions about Facebook and Twitter and she isn't into social media. The question you asked her about tagging and poking on Facebook cracked me up. If I wasn't into social media, I'd be thinking the same thing as your mom with what in the world are you talking about??!! Can you talk about the project, how the idea came about to do this show, and how you got your mom involved in it?
"Well, I think my mom is the funniest lady on the planet. Mainly because she’s not trying to be funny…she just is. The s*** that comes out of her mouth is so unexpected and she genuinely makes me laugh out loud…all the time. The show wasn’t my idea. My friends, Matt and Katie Wiatt and Andy McEntire came to me with the concept and we thought we’d try it. We’re still not sure what we have or what we’re doing, but we’re having fun!
It’s funny…but I’m the straight man in these pieces…I set her up and she always knocks ‘em down. So basically, we’re exploiting my mother. She seems to be okay with it."
Can you give us any previews of things to come on the show?
"More lively conversation and wisdom from Marcia and more borderline inappropriate interviews."
I have gotten to check out some clips of your new one woman show, Lindsey Who? and it is a lot of fun! The show is a fun combination of music, comedy, and storytelling. Can you tell us about the show and how has it been performing it?
"I love doing this act, as it can be tailored to any audience. It was actually conceptualized on an Atlantis cruise. The boys let me practice on them and get it ready for the masses. I do it almost everywhere now. It’s actually more about the comedy than the music…think stand-up with show tunes. It ain’t rocket surgery, but it seems to work."

Do you have any other upcoming projects on the horizon that we can look forward to?
"Working on a lot of projects…two web series, a pilot, and my own act, to name a few. The rule is…throw a lot against the wall…something will eventually stick."

You've got a lot of fans out there. Is there anything that you'd like to say to them and what is the best way for everyone to keep up to date on your upcoming projects?
"I’d like to say a giant thank you to everyone who has followed me and my career since Mouse Club! It feels great to have such support. Keep up with me via Twitter, Facebook and my website http://www.lindseyalley.com/"

Thanks so much to Lindsey for taking the time to be a part of this Wrap Up Q&A! Check out her website which is again at http://www.lindseyalley.com where you can get more info on her upcoming projects. You can look her up on Facebook and also follow her on Twitter at: MsLindseyAlley. If you want to watch some of her videos, look her up on You Tube with her official channel which is TheLindseyAlley.
Have a great day everyone! Take care and God bless!!
at February 15, 2012