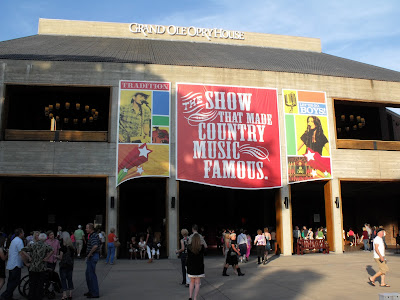 CMA Week got another big start on Tuesday night with the first Opry show of the week.  The Grand Ole Opry had an awesome lineup for the night and a packed house.  This was a great crowd too that was having a lot of fun.  The show kicked off with Kellie Pickler.  Funny moment from the crowd when a bunch held up signs that said "10" on them as she finished her first song.  Completely unexpected moment for her and she laughed big at it.  She closed her set with her first single, "Red High Heels".  Next up was Diamond Rio who played several of their hit songs including "One More Day" which was my favorite of their set.  Bill Anderson was the next to hit the Opry stage.  I have become a fan of his by seeing him at the Opry.  I am admittedly a "new" country fan so I might take some boos for that from the hardcores.  LOL.  So, I have gotten familiar with Bill Anderson through my Opry visits over the last few years.  I always enjoy his performance and such a nice guy up there.  Next up was an act that just absolutely won over the Opry.  Lennon and Maisy.  If the name doesn't sound familiar, think of the show Nashville.  They play the daughters of Rayna James.  Sisters in real life too.  They went through three songs and we just all loved them.  They were so good.  They closed with a cover of "Ho Hey" by the Lumineers.  Loved it and loved them.  Ricky Skaggs had the middle part of the Opry lineup singing three of his songs.  His wife came up and sang with him as well on one of the songs.  Rascal Flatts is a band that I have never seen live so I was interested to hear them.  The crowd was into them immediately.  They got the crowd rocking quick and then toned it right down into an amazing performance of their song, "Changed".  Great stuff there. 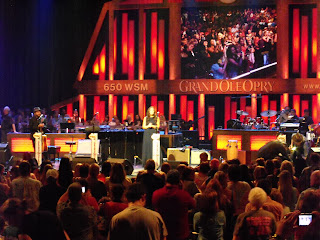 If you are an American Idol fan, you know this name.  Kree Harrison.  Her debut at the Opry and she had so much support there.  Keith Urban had asked to introduce her and he got the honor of it.  She was in such awe up there and you could just see the amazement in her eyes of being on the Opry stage.  She at one point asked if it would be a bad thing if she just leaned down and kissed the Opry circle.  LOL.  She went into her new single of "All Cried Out".  After singing "In The Garden" and followed by another song with Keith joining her on stage to play guitar, she just brought the house down.  Huge standing ovation for her and it was the first of the night.  She was so emotional up there watching the standing ovation.  Kree made a big fan out of me that night.  The show closed with Keith Urban.  My first time to see him as well and he finished big.  Great performance by him as well and he got the second standing ovation of the night as he closed.  A great night at the Opry and a lot of great performances.  Here are a few extra pics from the night. 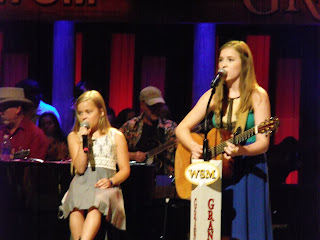 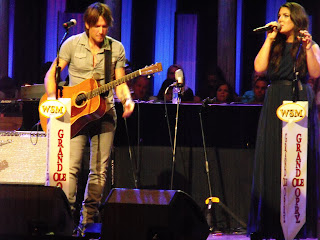 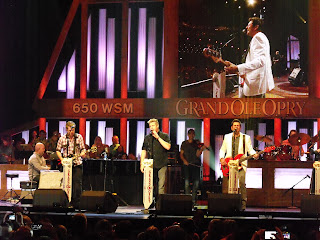