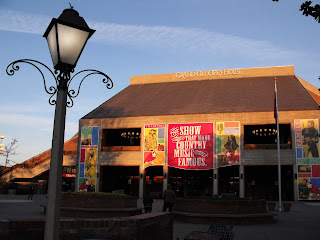 Homecoming weekend was a big hit at the Grand Ole Opry this past weekend in Nashville.  I was blessed to get to attend Friday night which was the first night for the Opry to be back in the Opry House for 2013.  The Opry has been over in its winter home for the season at the Ryman Auditorium.  So, this was the big return to the Grand Ole Opry House for 2013.  The night was a big one with talent including Carrie Underwood, Gloriana, Sarah Darling, Charles Esten, Bill Anderson, John Conlee, Jeannie Seely, and more.  It was a packed house on Friday night. 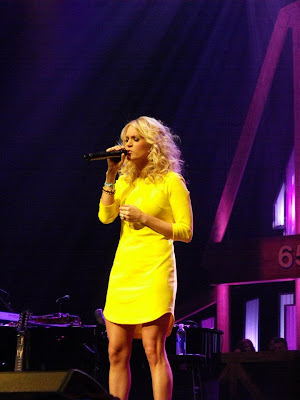 Of course I was there to see Carrie Underwood.  She never disappoints and put on a great show.  She performed four songs which ended up being one song from each of her four albums.  Carrie opened with "Undo It" which was a flashback for me as one of my first Carrie concerts to attend was when that song was really breaking out.  Next was a flashback for many back to her Opry induction as she sang "I Told You So".  You may remember that this was the song that she was singing when Randy Travis came out to surprise her by asking her to become the newest member of the Grand Ole Opry.  It sounded great.  Next was the song that is always a crowd pleaser, "Jesus Take The Wheel".  Lots of fans singing along with her.  She closed with what a song that she called "a love story, a love gone wrong story" which was her latest single, "Two Black Cadillacs".  The Opry roared as the song started.  A great finale for her performance and she belted the finish of it.  Carrie is a superstar for sure and it is always a blessing to get to see her perform in person.   I always say that I could listen to her sing the phone book.  Funny moment when she was not far off from taking the stage, fans swarmed the front of the stage to get into position for picture taking for Carrie.  It sounded like a stampede as people lined the front of the stage.  LOL. 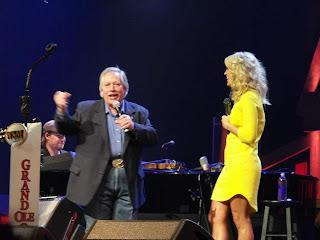 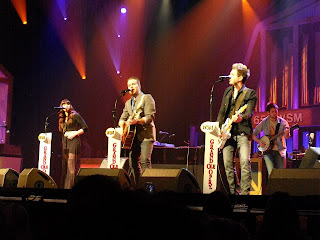 My third time to see Gloriana perform in person and I always enjoy them.  Mike, Tom, and Rachel went through two songs which was their two latest hits "Kissed You Good Night" and also "Can't Shake You".  I did break my streak of meet and greets with them.  I've gotten to take part in a meet and greet the other two times I had seen them so it was kind of an expected bummer knowing that my meet and greet streak would end.  They are always great with their fans and they did a great job on Friday night. 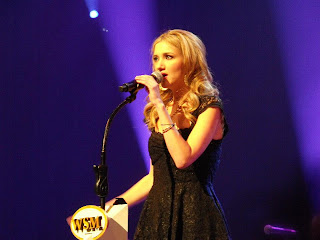 Sarah Darling won me over big time on Friday night.  I have been hearing her music off and on in the last several months on country radio and TV.  She performed a classic song with "Walking After Midnight" that sounded great.  She finished with her latest hit, "Feels Like Home".  I loved the touch of having the music video up in the background as she performed.  She has a beautiful voice and I left there a fan of hers for sure. 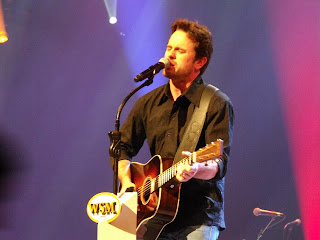 The new ABC show, Nashville was represented big time at the Opry.  Fun that they were playing promos for Nashville on the big screens during the pre-show along with that ever addicting song "Telescope" by Hayden Panettiere.  On stage at the Opry was a familiar face to Nashville fans and that was Charles Esten.  He plays the role of "Deacon" on the show.  The crowd loved him and he rocked the Opry.  He was excited to play for his first time in the Opry House. 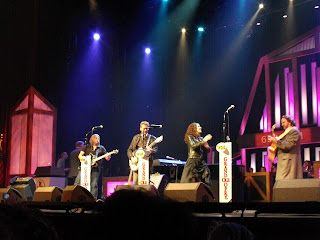 Along with all these acts, we had so many more performers that are too many to name including John Conlee, The Whites, Jeannie Seely, Blue Sky Riders, and more.  Bill Anderson is someone that I always enjoy at the Opry.  Such a nice guy and really fun to have on stage at the Opry.  Blue Sky Riders is a newly formed band which includes Kenny Loggins among others.  They sounded really good as well especially with them talking about how they were still getting going.  They are off to a really good start. 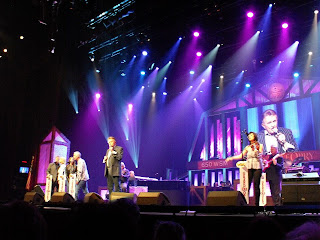 There is so much to say about this Opry show.  There is so much entertainment even before the show including the Minnie Pearle impersonator.  The history of the Opry video that plays is always interesting to watch and I was very happy to see it playing with Carrie Underwood hosting it.  Always such a fun and laid back atmosphere at the Opry and I'm looking forward to being there again in the future.  That is it for this recap of the Opry night.  Take care and God bless!!
at February 04, 2013 No comments: