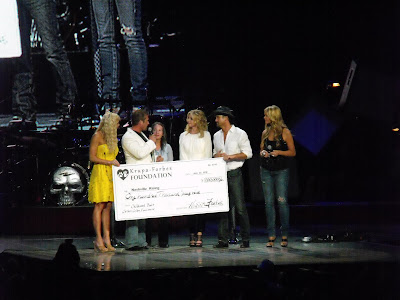 It has been nearly two months since the terrible flooding hit Nashville, Tennessee. Not long after the flooding happened, Tim McGraw and Faith Hill announced a benefit concert called Nashville Rising to raise money for the flood. A huge lineup of names were signed up for the show with more names being added as the date grew closer. That date for the concert was last night at the Bridgestone Arena in downtown Nashville. Tickets sold out fast back when they went on sale. Additional seats were released over the last week or so with them going quickly as well. I was thankful to get tickets for the show and got to see it last night. What can I really say other than it was incredible? Where are you going to get to go to a concert to raise money for a great cause with that star studded lineup in one place? That ticket price was a bargain considering what I saw last night. What a show!! We had our lineup of advertised stars including surprises. A packed arena saw a four hour concert that was a lot of fun. Most singers did two songs. 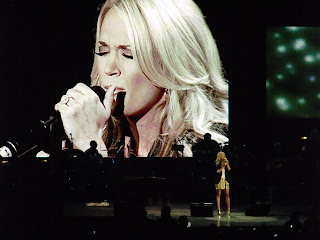 Carrie Underwood opened the show and got it going fast. She performed "Undo It" and then went into her combo of "Jesus Take The Wheel" and "How Great Thou Art" which brought the house down. Huge standing ovation and she is just incredible with how she finishes off that performance. I've now seen that performance of that combo three times in the last couple of weeks including the Opry and Fan Club party and I get chills every time I hear it. Amazing. I'm not going to go in order of performances so I'm just going to jump around on thoughts and opinions. Miranda Lambert is another favorite of mine and the crowd just loved her. "White Liar" and "The House That Built Me" were her two songs. I thought "House" was a great song to go with the event. Martina McBride is just incredible. First time to see her live and she has such star power up there. Taylor Swift performed "Love Story" and "You Belong With Me" which got a big reaction from the crowd. Such a fun performance by her. 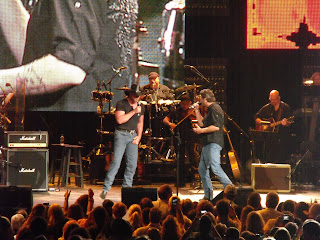 The first surprise of the night was during Blake Shelton's performance. He sang "Hillbilly Bone" and then out walks Trace Adkins to take part in it. The crowd ate it up and it was a really fun surprise. Big reaction when Trace walked on to the stage. All I can say is wow to ZZ Top. They sounded awesome and had the crowd in the palm of their hands. They showed why they are Hall of Famers. Julie Roberts performed and was a survival story of the flood telling of her experience which included her home being destroyed. Lyrnard Skynyrd had the crowd fired up as well including their hit "Sweet Home Alabama". Toby Keith was an addition to the show in recent weeks and he didn't disappoint singing "I Love This Bar" and "Not As Good As I Once Was". LeAnn Rimes had a fun performance doing two of her recent songs. Jason Aldean was a crowd favorite with one of his performances being his rocking hit, "She's Country". 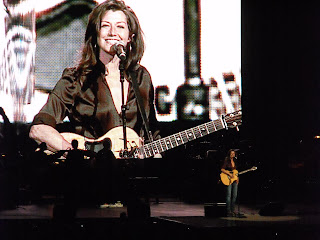 Amy Grant and Michael W. Smith were awesome bringing in some inspirational music for the concert. Faith is something that I truly hope that everyone leaned on during the flooding and I pray that God continues to heal all those effected by the tragedy. Billy Ray Cyrus and Miley Cyrus shared their song duties with Billy getting one song and Miley getting one song. The kids love Miley Cyrus as they went crazy when she was introduced. Good song choice for her singing "The Climb". Montgomery Gentry were crowd favorites as well and Luke Bryan also brought two performances to the show. The show closed with the ones who got the show together. Faith Hill went first and was great. She sang "Stronger" and "Piece Of My Heart". Tim McGraw closed the show. Great as well. Fitting ending song with Tim singing "Live Like You Were Dying". I thought that was such a great inspirational song to close the concert. 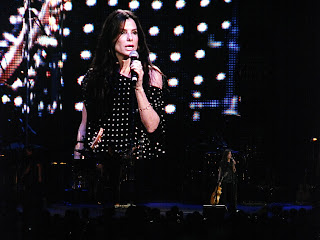 Miscellaneous notes. Nashville Rising put out a number today saying that $2.4 million was raised last night. There were several video pieces shown from various stars that couldn't be in attendance including Reese Witherspoon, Matthew McConaughey, Craig Ferguson, and Dolly Parton. Sandra Bullock made a surprise appearance and it was a really fun moment. The crowd went crazy for her. She started playing the guitar including her doing a really funny warm up including asking for quiet. LOL. Then, she stopped playing and said "who am I kidding" and introduced Faith Hill. It was a fun moment and intro for Faith. Faith walked out and talked of how she couldn't follow Sandra's performance and how she needs to be signed up now. Quite a bit of merchandise being sold including shirts offered in white or black, poster, program, and a commemorative pass. Merchandise was another great way to raise money obviously for the flooding. You know it is Music City when you have this great show going on while the Opry is also running just across the street at the Ryman Auditorium with Kellie Pickler on the show. Brooks and Dunn were set to perform on the show but had to pull out due to an illness. The show was all about raising money and awareness of the flooding. Many checks were presented during the concert and a full house guaranteed that a lot of money was raised. The attitude of everyone speaking was great with everyone talking about how Nashville had pulled together to work their way back. Several mentioned the lack of media attention on Nashville at the time which is very true. The attitude was what I've heard from the beginning and that is that they've got it under control and will take care of their own. Way to go Nashville!! Keep up that comeback. Thank you Tim and Faith for putting together this great show and to all the performers who took time out to be on this great show. Thank you to everyone that had any part in this show and to all who have donated money to help get Nashville back on its feet. The way that Nashville has stood up in the wake of this tragedy has been an inspiration and I always send prayers up for everyone effected by it. 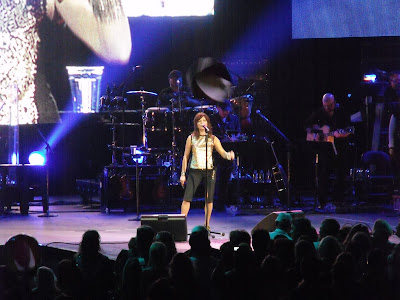 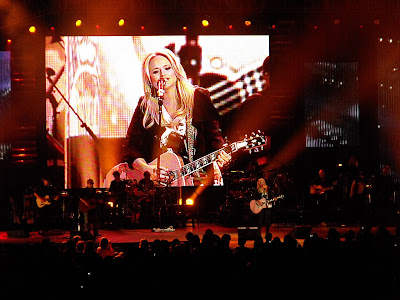 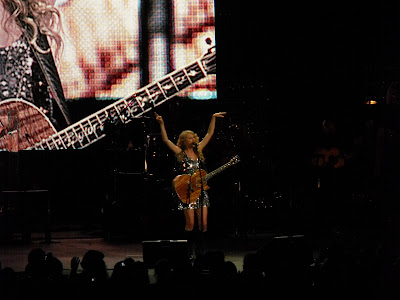 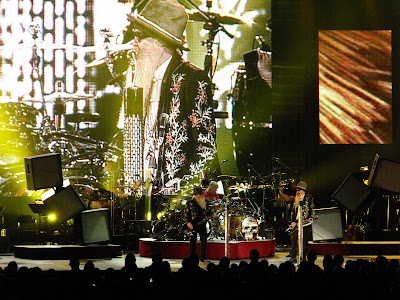 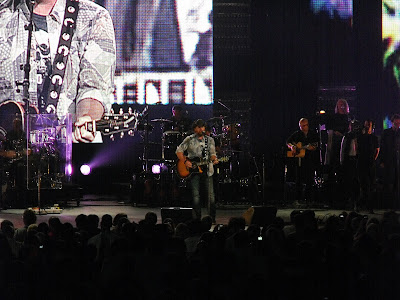