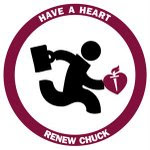 Hey Chuck fans!! Things are still up in the air with the show and we're not going to know an official decision on the show for probably another couple of weeks. I've been a big supporter of the show as I think it is one of the best shows on TV right now. Great mix of comedy, action, romance, and all around fun. Great cast. Great writing. Bottom line, this show needs to be saved!! Keep putting the pressure on NBC to renew it!! The Subway - Chuck vs. The Footlong campaign did very well and got a lot of attention. Here is a story about it which has comments from Wendy Farrington, who came up with that campaign idea, along with pictures of Zachary Levi taking part in it. http://zachary-levi.com/2009/05/04/a-big-thank-you-to-everyone-who-participated-in-the-footlong-finale-subway-campaign/
Just so much fun to read things like that and awesome to see Zachary joining in. The campaign continues with there now being a campaign tied to the American Heart Association. Not only is it a great way to raise money for a great cause but it helps get more attention on Chuck. Donate, donate, donate!! Here is the link for more info on what you can do to help: http://weheartchuck.blogspot.com/
at May 06, 2009