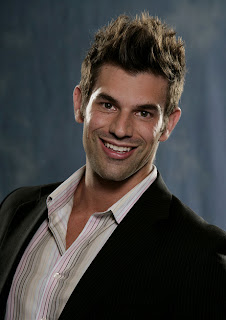 I sent a few questions to a couple of people tied to Big Brother and they gave me their thoughts on Big Brother this season for the Wrap Up. One is from a family perspective as Jessica's mom was great to give me her thoughts on what she is thinking of her daughter in the house. The other is from a recently evicted houseguest, Mike, who was evicted a couple of weeks ago.

I have comments from a recently evicted houseguest as Mike responded to my questions as well. Mike was the third person evicted from this season's Big Brother 8. Here is what Mike had to say.

What made you want to do the show?
I thought it would be a great challenge to make it all the way by playing honestly.

What was your first reaction to finding out about the America's Player twist?
I was surprised but it made sense in recalling Eric being a little peculiar at times.

What are your thoughts on the other twists with people in the house having to live with others from their past? Well, my immediate thought was they would align with one another being they had a history together. So I viewed it as a huge threat.

Do you have any regrets of your time in the house?
I regret getting in an alliance immediately. I was pressured into it the 2nd day when Kail won HOH and sought me out. She wanted me to join with her in an alliance with the others and in fear of not doing so, I felt she would view me as a threat and put me up on the block right away with the chance of going home the first week.

What was your favorite non-game moment in the house such as just hanging out kind of moments with the houseguests? Probably the strong man competition.

With the game play in the house, who do you feel is the most underrated player and who is the most overrated player and why? I think the underrated is Jessica at this point. She seems to not be saying or doing much but I feel she will have some tricks up her sleeve and shouldn't be trusted. The most overrated is Dick. Some people admire the fact he speaks his mind but its only going to hurt him in the long run. Especially the malicious attacks on other houseguests.

Who are you pulling for to win at this point and why?
I'm pulling for either Jen, Zack, Jameka, Kail, or Eric. I believe in the outside world their views align with mine so it would be nice to see someone parallel to myself win.

Big thanks to Mike for taking the time to do that.

Next up, Jessica's family is running her site while she is in the house. I sent some questions to them for the Wrap Up to find out what they were thinking of Jessica so far in this season of Big Brother. Big thanks to her mom for replying!!

From a family perspective, what is it like to watch Jessica on TV and see her in this whole different world of the Big Brother house?
Obviously we miss her very much, and it is awesome to be able to watch her in action every day, however it is bitter-sweet because it is very hard to watch the other houseguests scheme against her.

What is your favorite Jessica moment so far in the Big Brother house?
We like watching her have fun at night (she is a night owl) and that is when her real personality comes out!!

I know I really enjoy watching Jessica and Eric together. They're a lot of fun. Just wondering what your thoughts are on him and the two's friendship?
We think he seems like a really fun person, and we can see why Jessica and he clicked so well. We hope that they will both go far in the game!

What were your thoughts on the twist of the season with America's Player and also the "people from your past" twist?
We thought the people from your past twist was very unfair because only 6 of the 14 houseguests had to deal with past drama. Then 3 of the 6 (including Jess) were isolated from the other 11 houseguests which made them feel like immediate targets. It really seemed like an unfair playing field to us. We like the America's Player twist.

If you could give Jessica advice right now on what to do in the game, what would it be?
Trust your gut instincts, and don't believe everything you hear from those you think you can trust!

Thanks so much to Jessica's mom for taking the time to do that!!